I am especially interested in how gathering spaces can act as a medium or tool to help strengthen the bond between villagers. Recently listed on the World Monument Watch List, Pokfulam Village is one of the oldest villages in Hong Kong, many villagers have been living in the village since they were small. The relationship between people, especially neighbors are very close. A lot of elderlies will sit outside their houses to chat with their friends during daytime and the village will hold functions from time to time to promote the culture and history of the village.

In the research, I investigated on the popularity of informal spaces by looking at its formation. I also recorded the activities that always take place in the village and their demands on the gathering spaces. In the diagrams below, I show how occupation and usage of space changes with time. 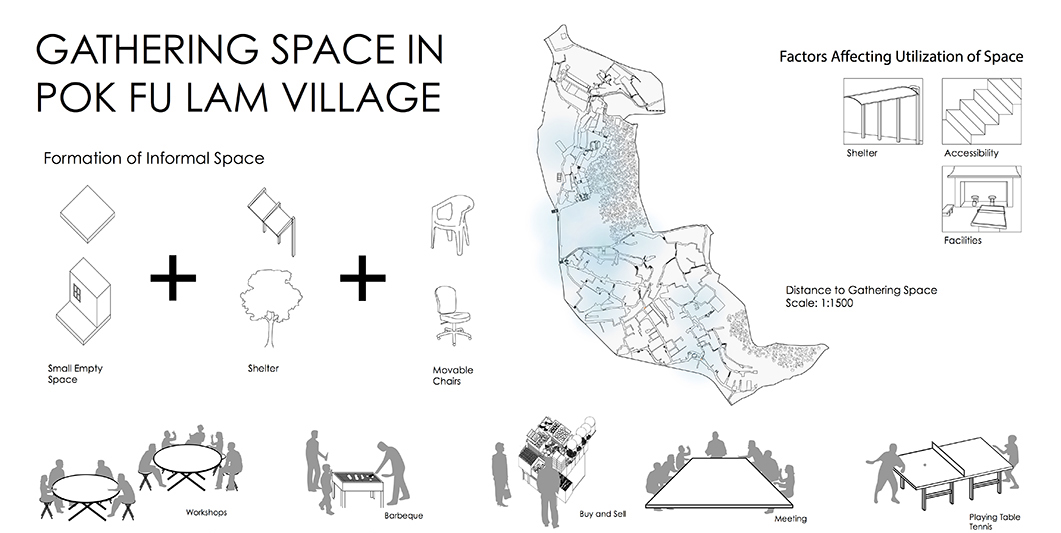 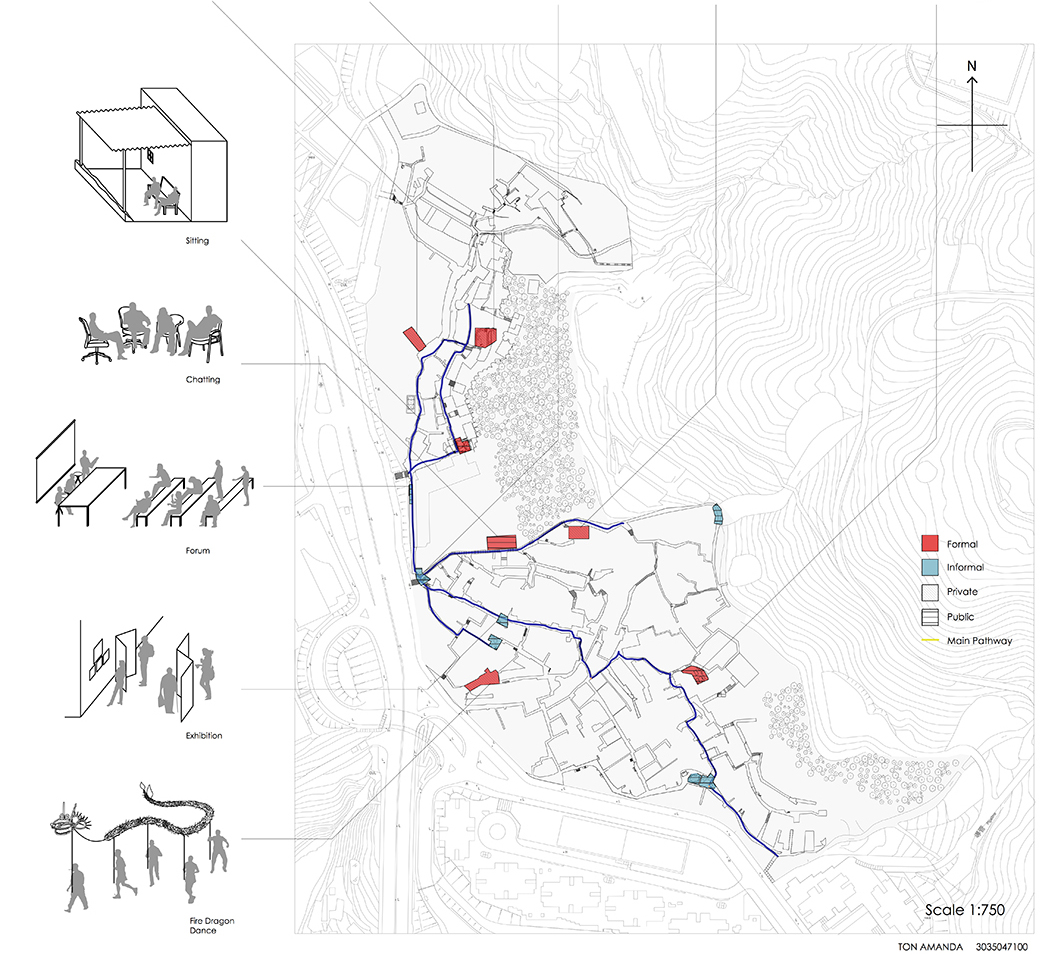 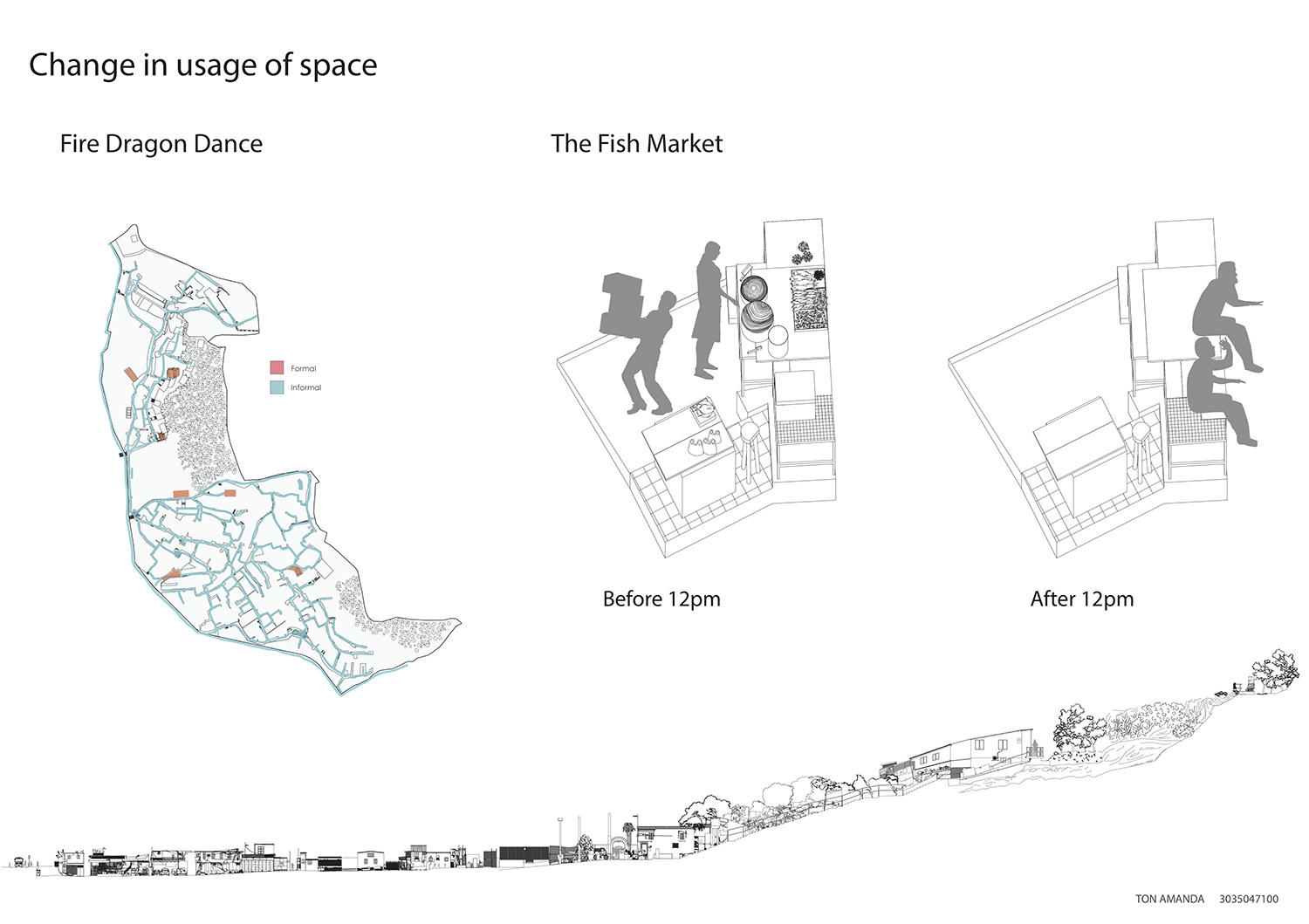 During my research on the system of gathering spaces in Pokfulam village, I discovered that

there are a lot of informal gathering spaces, despite the presence of formal parks built by the government, they still decided to create their own small and impermanent gathering space, and most of them attract more people and are better used than the formal ones.

Instead of seeing these informal areas as a “problem” to the village – as to some extend, it blocks the pathway – we should view it as a “solution” generated to satisfy the needs of villager with the consideration of the existing situation, there must be some visable elements in its arrangement.