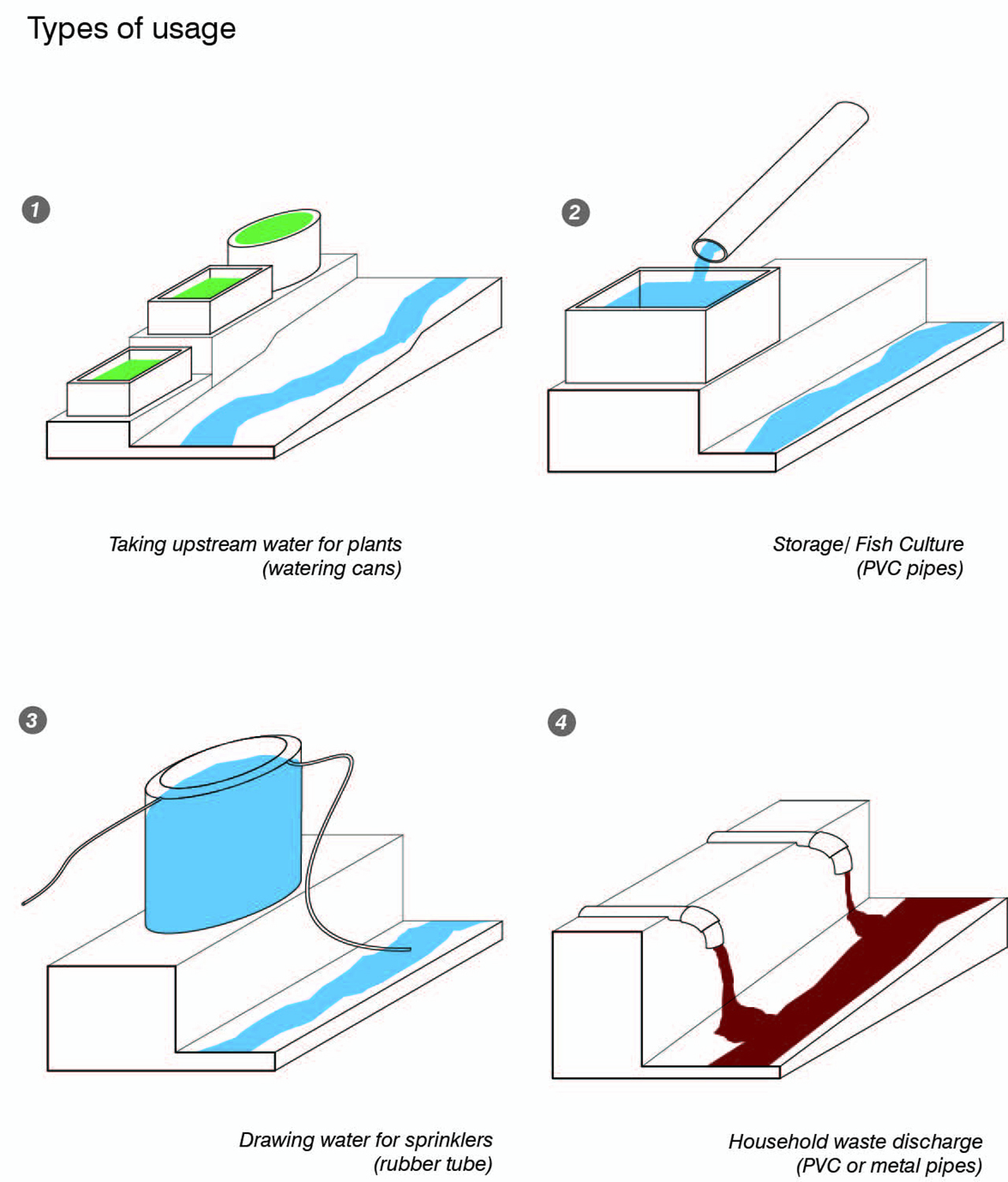 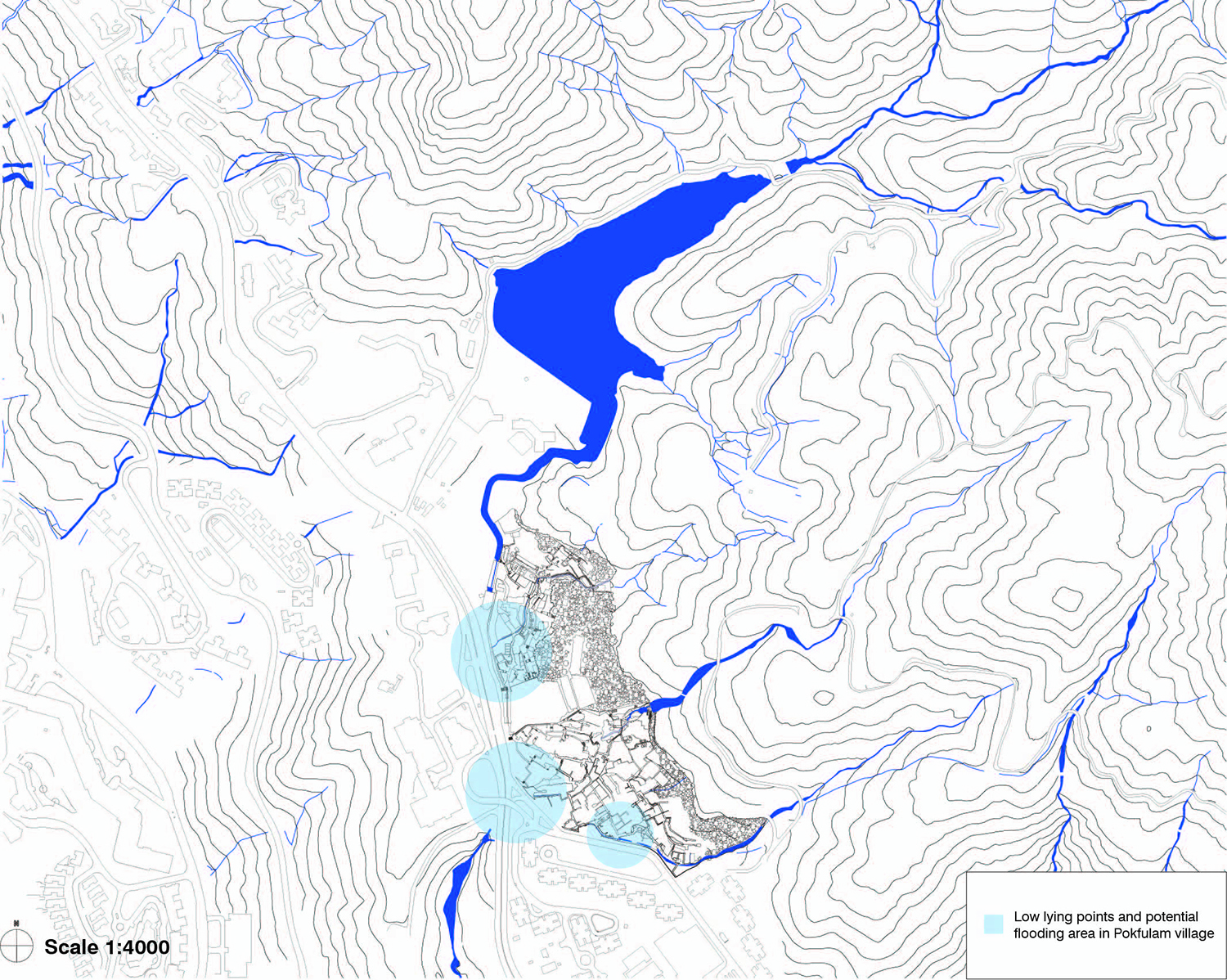 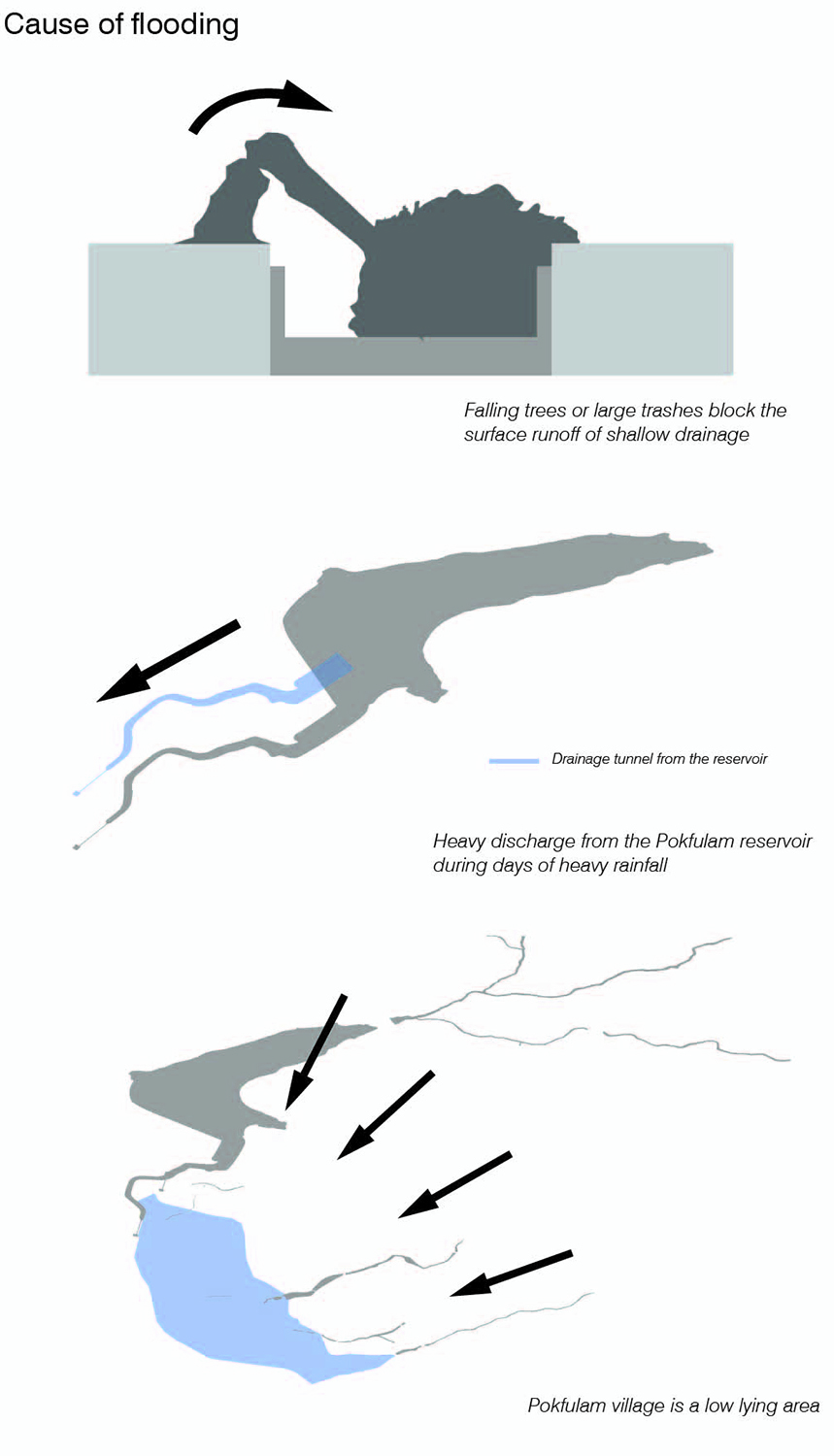 Floods in the village

Flooding has been one of the major concerns among Pokfulam villagers. Although the chances of floods in Pokfulam village is greatly reduced in recent days due to the improvement and upgrades of sewage done by the government, there are still potential flooding blackspots exist.

(which is 260 km³). The excessive water will go through the village and flow towards Cyberport, potential- ly causing minor floods (about 50m x 50m) in the low-lying area in the village. 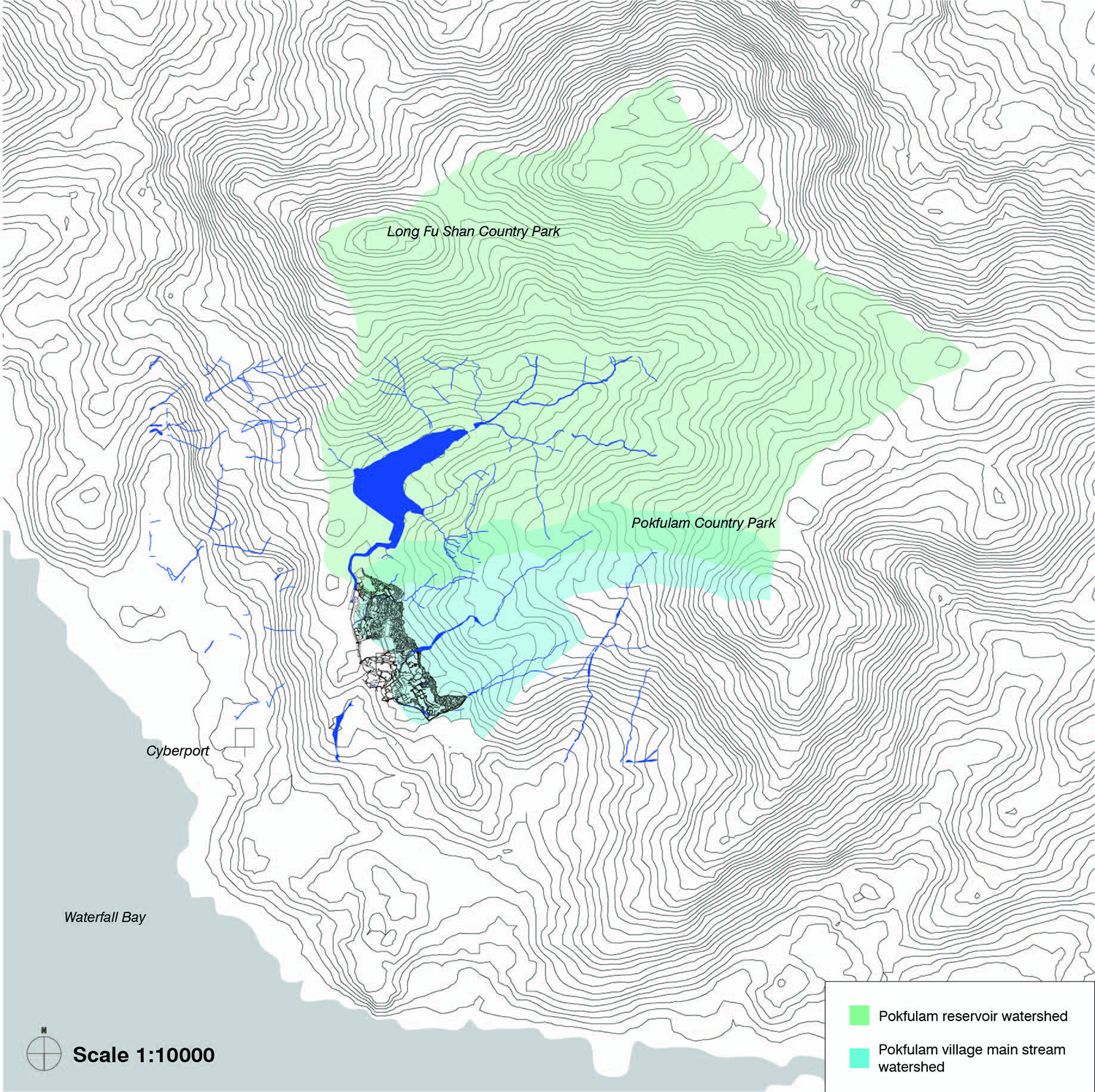 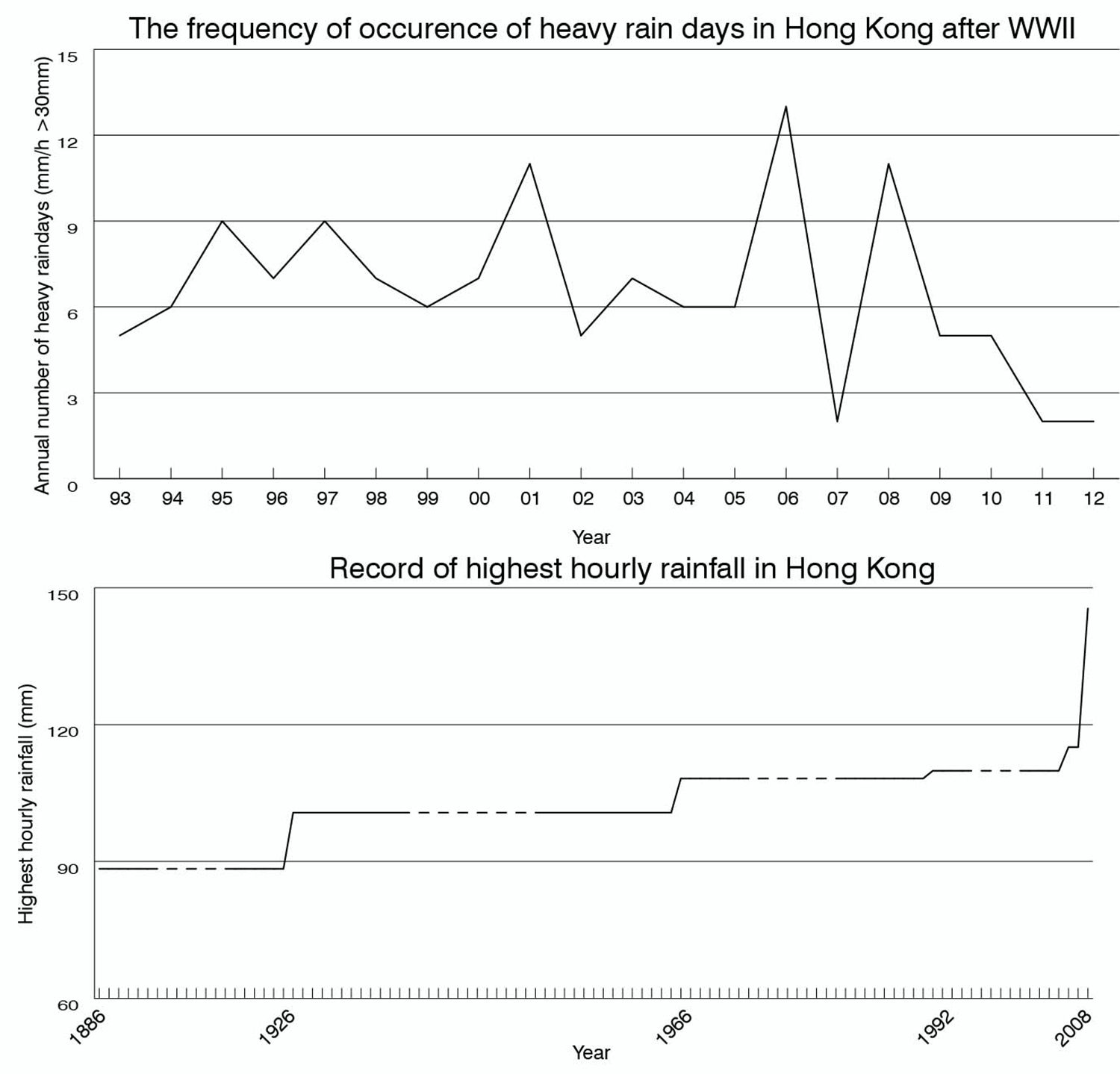 The increasing intensity of flash floods

The amount of rainfall in Hong Kong has been affected Pokfulam village over years. The most obvious reason is that the village is a low-lying area connected with most of the stream flows from Pokfulam Country Park and Long Fu Shan Country Park in geological sense.

Although lots of runoff have been collected by the reservoirs nearby, which greatly reduced the total amount of stream water flowing towards the village, the village is still facing problems of sewage and floods. The above graphs show that the number of heavy rain days in Hong Kong is decreasing while the highest hourly rainfall is increasing.

This phenomenon states that flash floods during monsoon have become more serious, and this is demonstrated by greater contrast between wet and dry seasons.