During my research on the system of gathering spaces in Pokfulam village, I discovered that there are a lot of informal gathering spaces, despite the presence of formal parks built by the goernment, they still decided to create their own small and imperminant gathering space, and most of them attract more people and are better used than the formal ones. Instead of seeing these informal areas as a “problem” to the village – as to some extend, it blocks the pathway – we should view it as a “solution” generated to satisfy the needs of villager with the consideration of the existing situation, there must be some advisable elements in its arrangement. 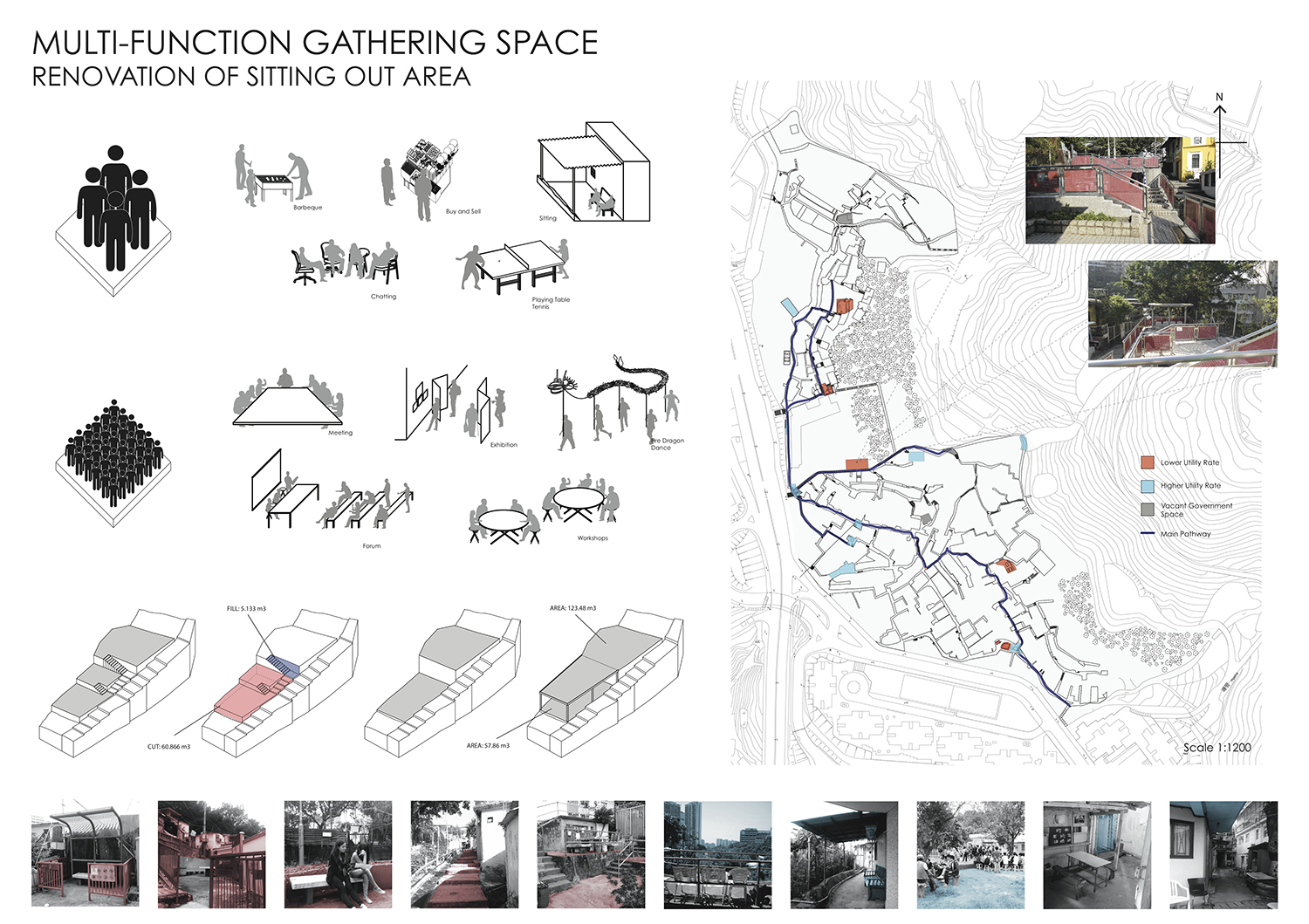 The site I chose for my proposal of park renovation is not well used because of the way it was partitioned. In plan, it should be able to accommodate more than 40 even 50 people, however, the designer chose to break down the park into three levels to cope with the topographical change as it is located on the slope, making the three subarea very sepersted due to the 1.5m difference in elevation. 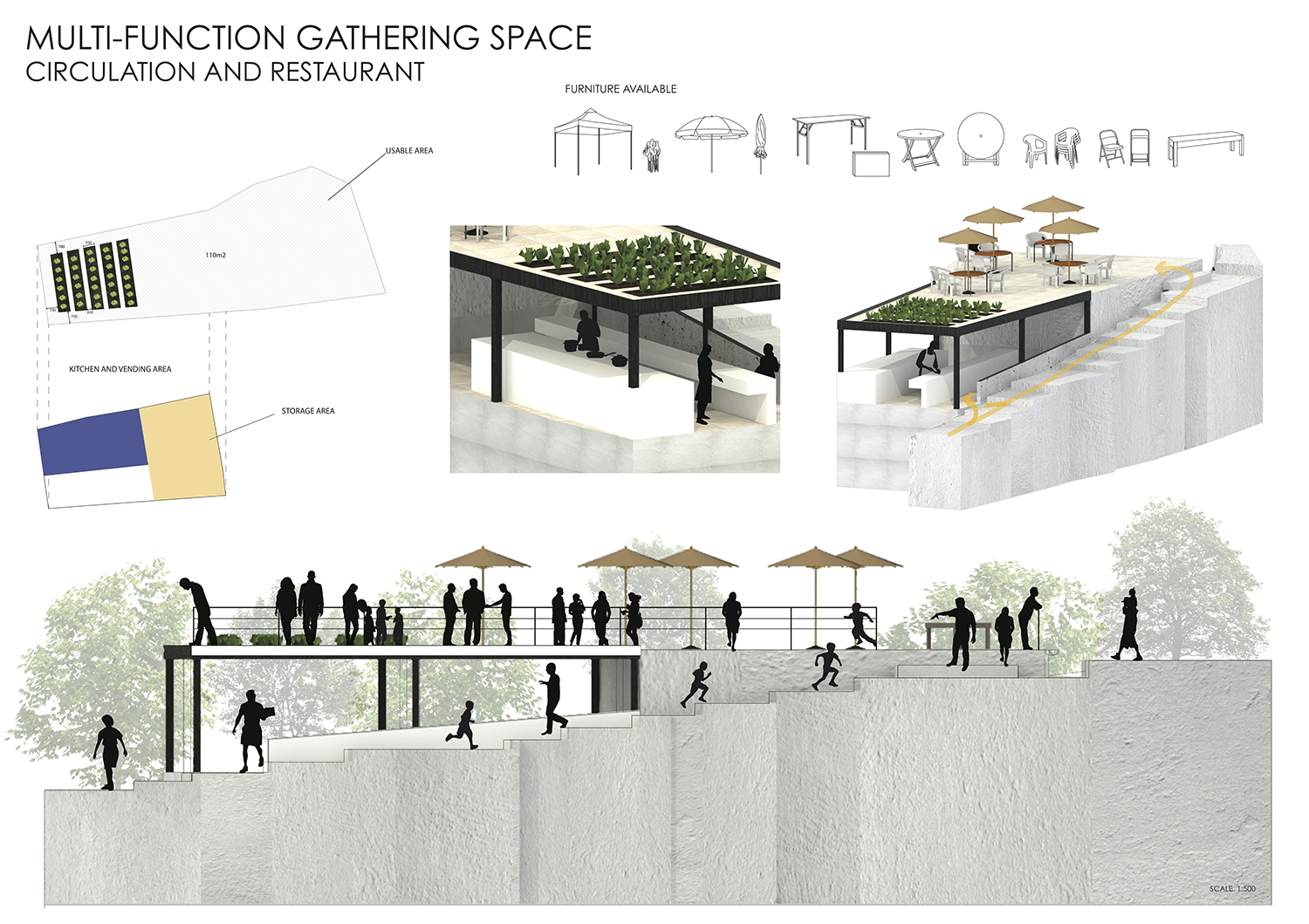 A rainwater harvesting system is added to solve existing problem of site. The park is located next to the junction of three roads from uphill, during heavy raining days; rain water rushes down the road and floods the path as the original drainage channel is not big enough to hold the capacity of rainwater. The rainwater harvesting system can help to diverge half of the water away. After filtering, the rainwater captured can act as a non-potable water source for cleaning and plant irrigation. 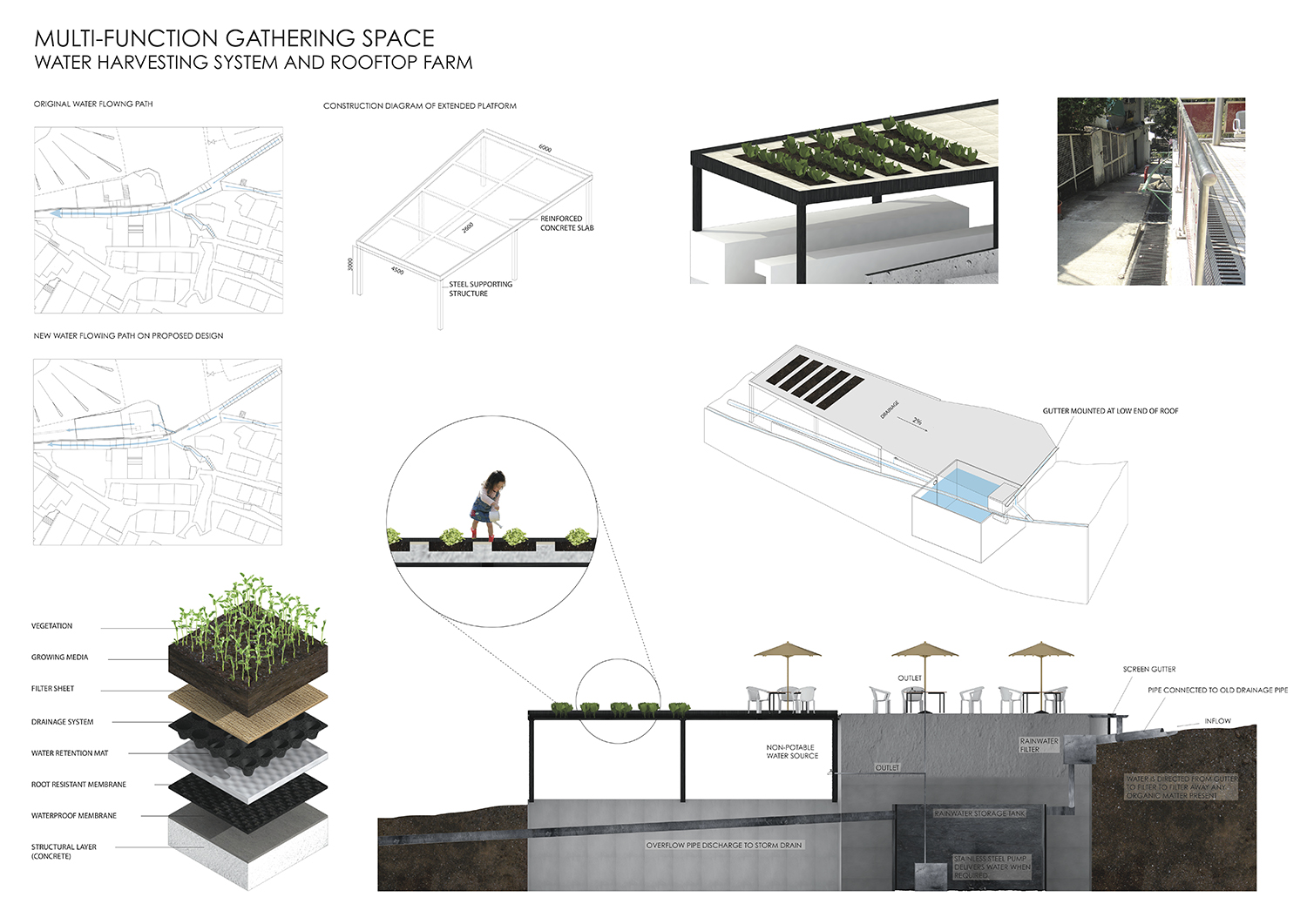 In my proposal, I tried to renovate the park by restoring its large in plan area advantange, I proposed to extend a metal platform from the hightest level to create a large gathering space, where people can take different furnitures up from the storage area underneath depending on the occation to set up the space as they wanted. The gathering space will be flexilble enough to adapt to any sort of situation because it is firstly, big in area; secondly, not bounded by it’s existing hardware or shape, it can therefore have many variation of uses depending on different situations. Being able to cope with different usage demand also means that it can indirectly promotes mixture between many different parties of people, and stimulating connection and communication among strangers. 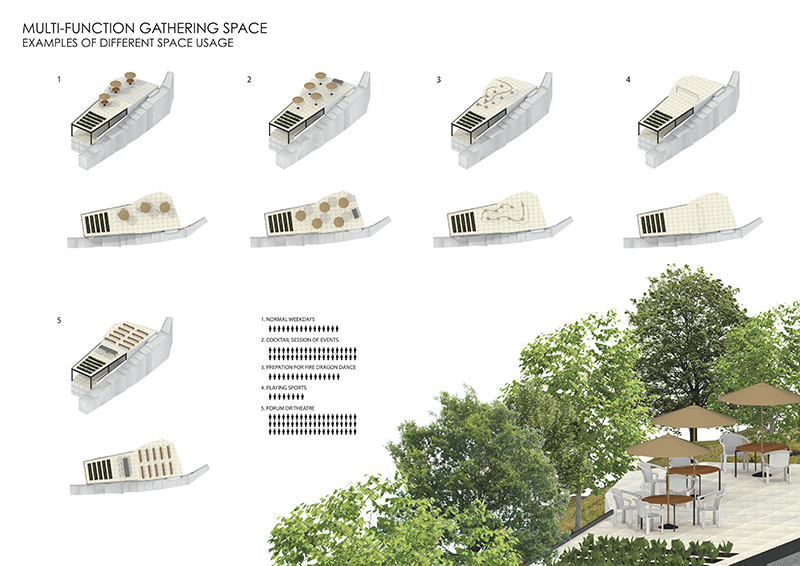 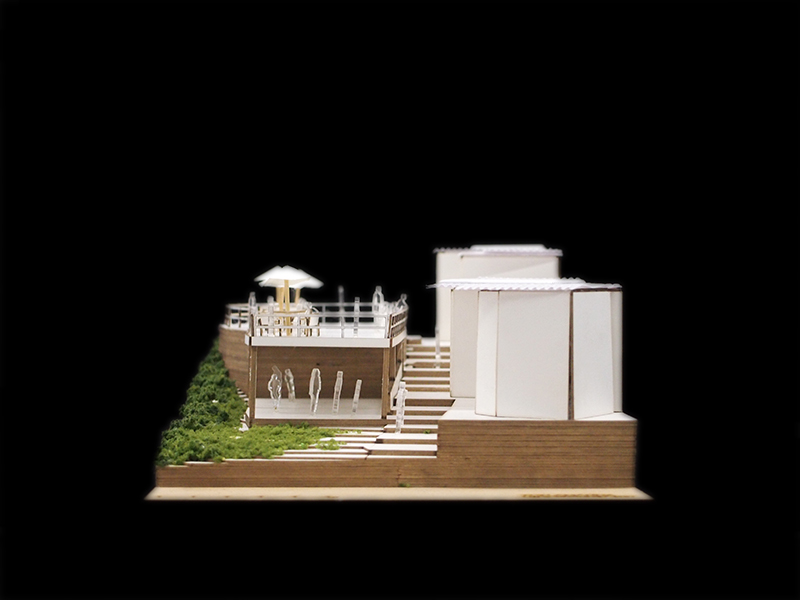 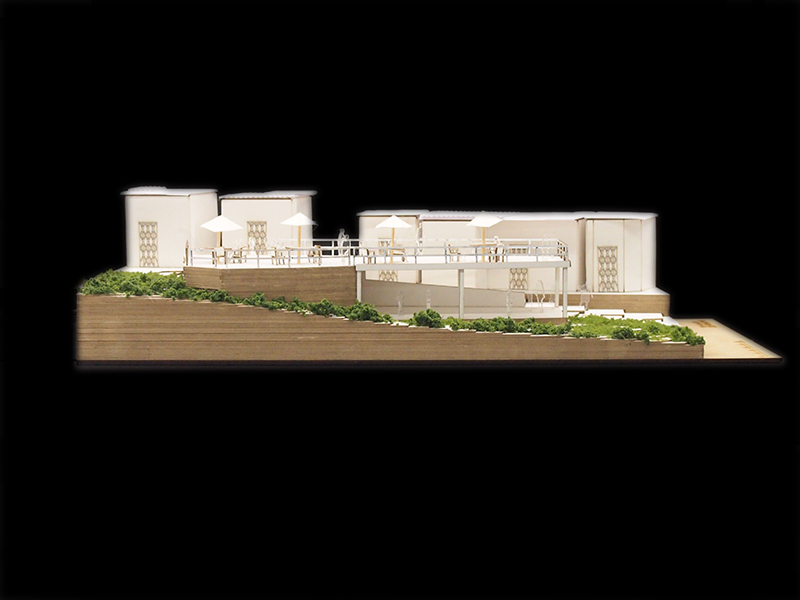 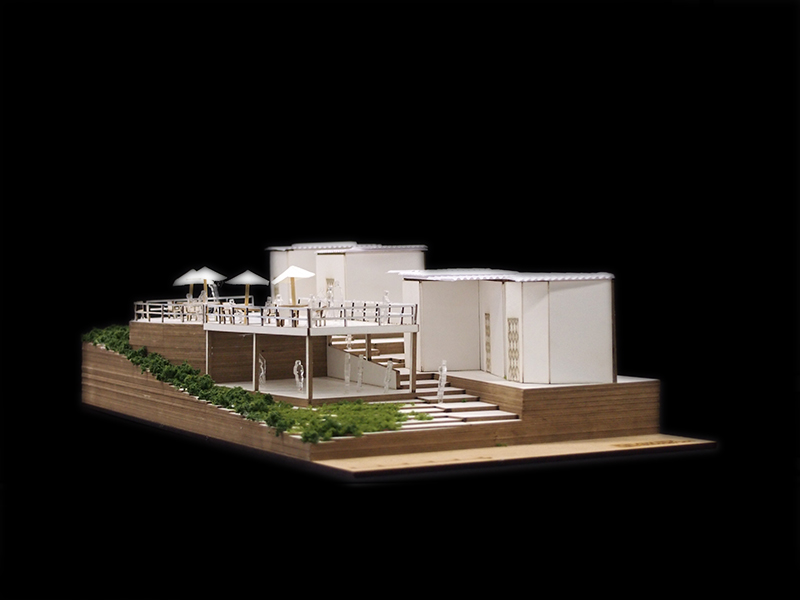 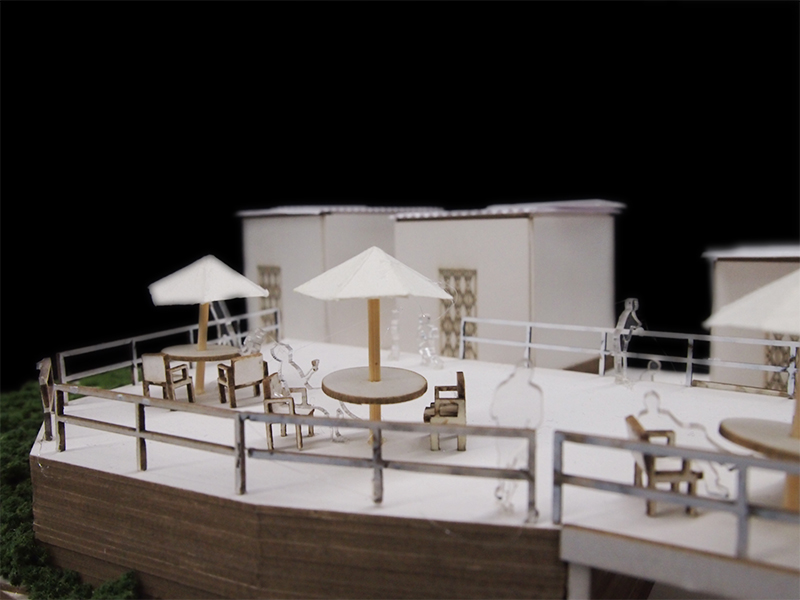 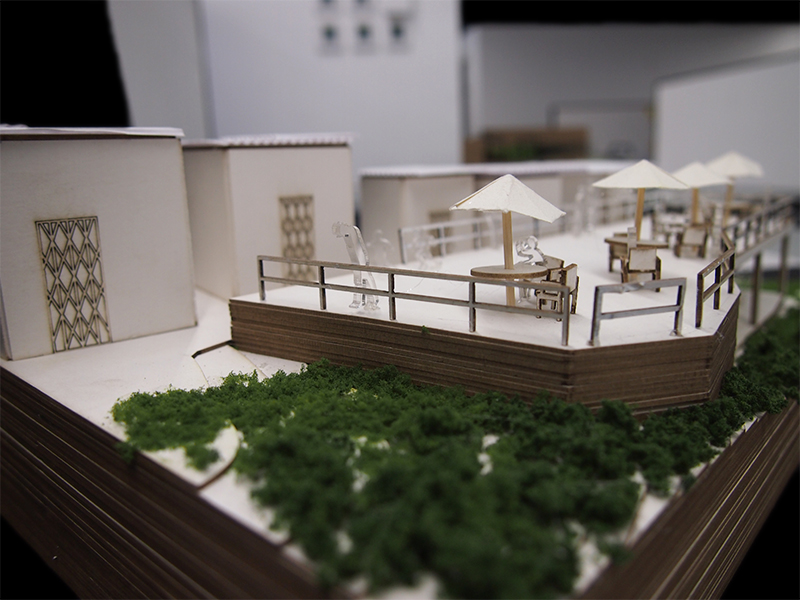