Through the mapping of the letterboxes, I have discovered that there is a relationship between the individual private properties and community in Pokfulam village. Letterboxes scattered around the village gather villagers living in different locations, of different cultural background, with different educational or skills level. Understanding the relationship between thing and matter of concern inspired me to design a tools sharing system, a system that create the things to represent the concern of fixing and building in the village.

Pokfulam village is always under construction. Villagers are using their spare time to build things or repair their houses to improve their living environment. There is a concern of fixing and building stuff in the village but in the scale of an individual. In such situation, some tools are so frequently used that they are in dangerous condition while some have long been left aside. Those problems exist because villagers do not recognize themselves in the same situation,using the same object that others possess. 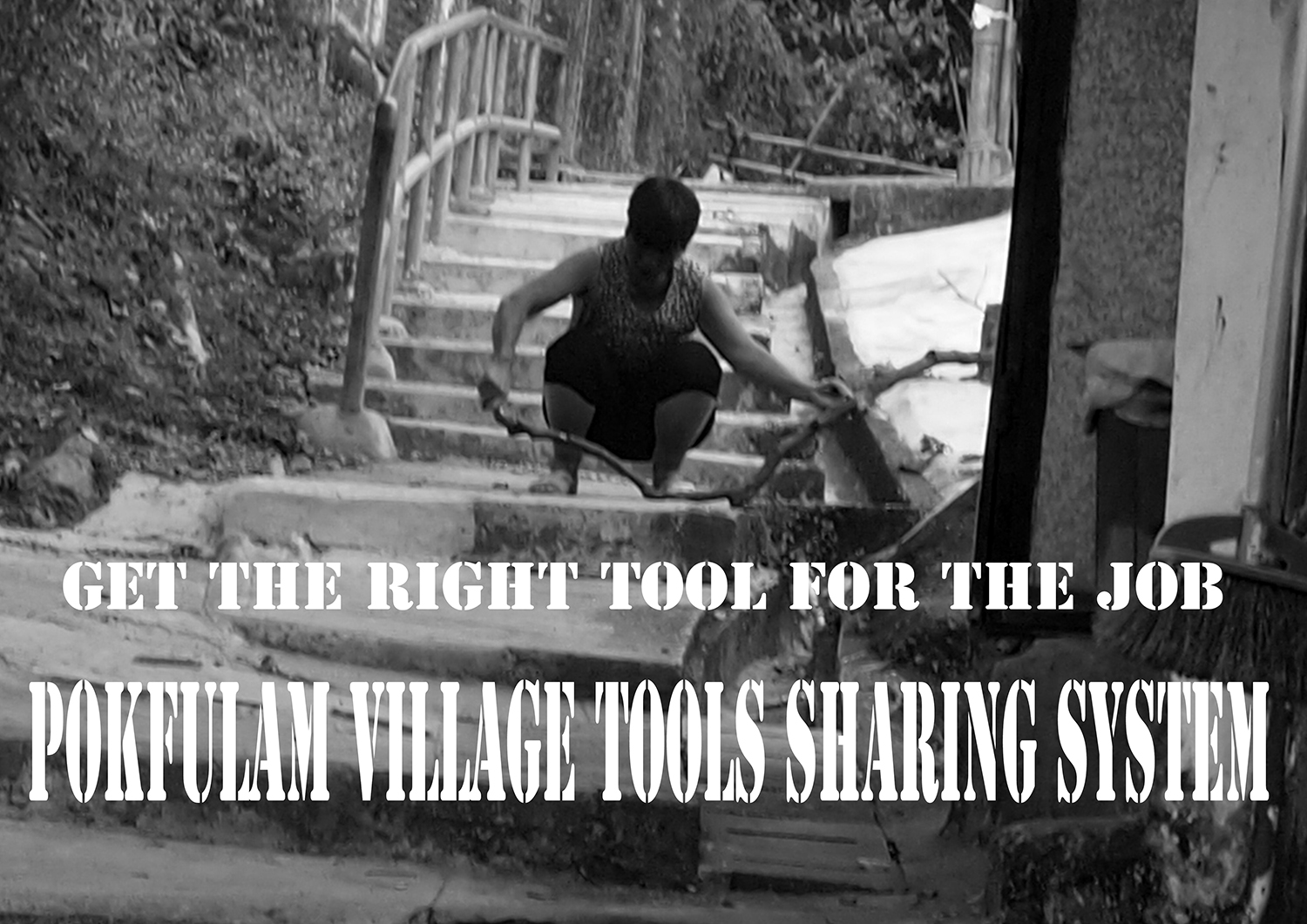 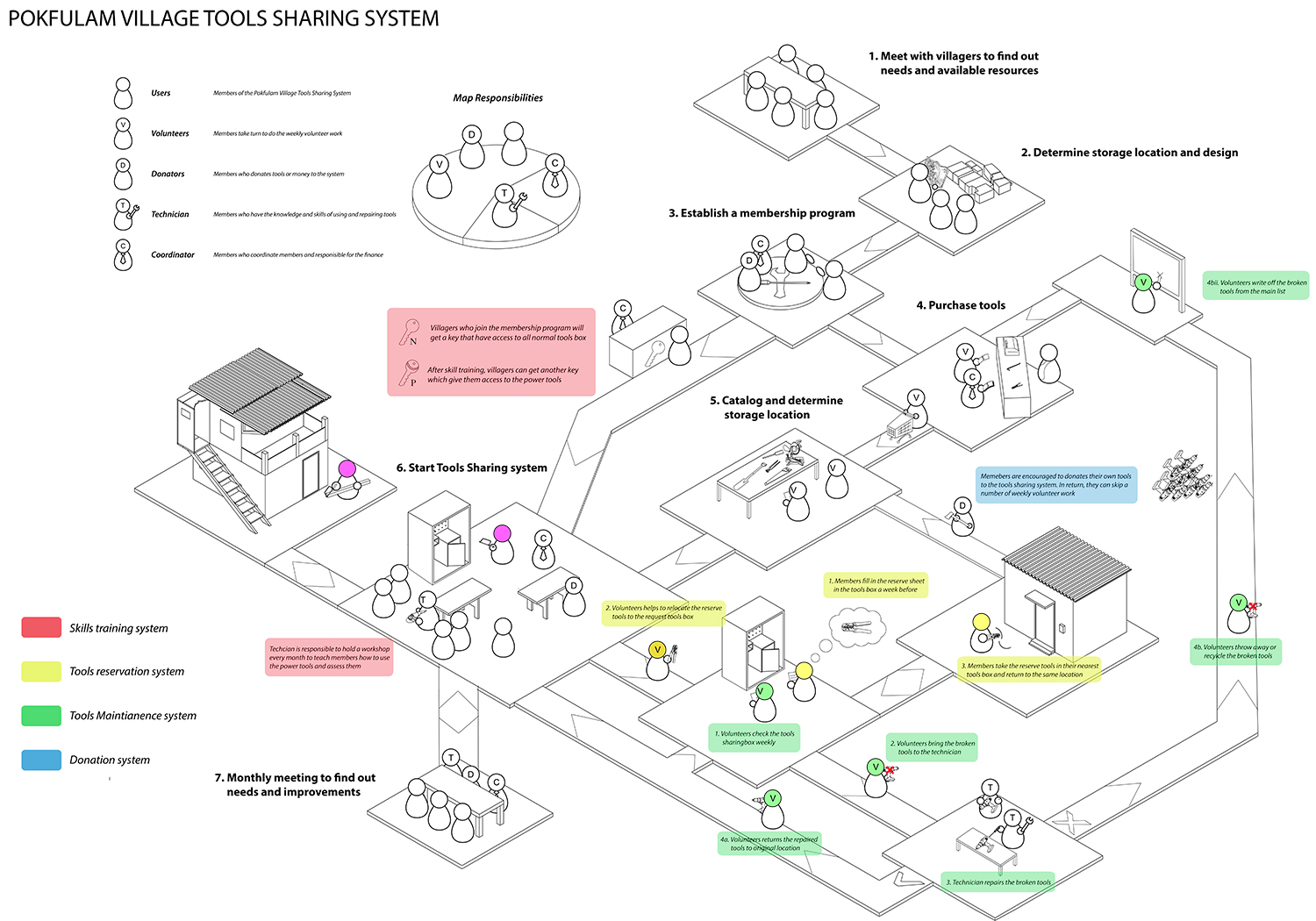 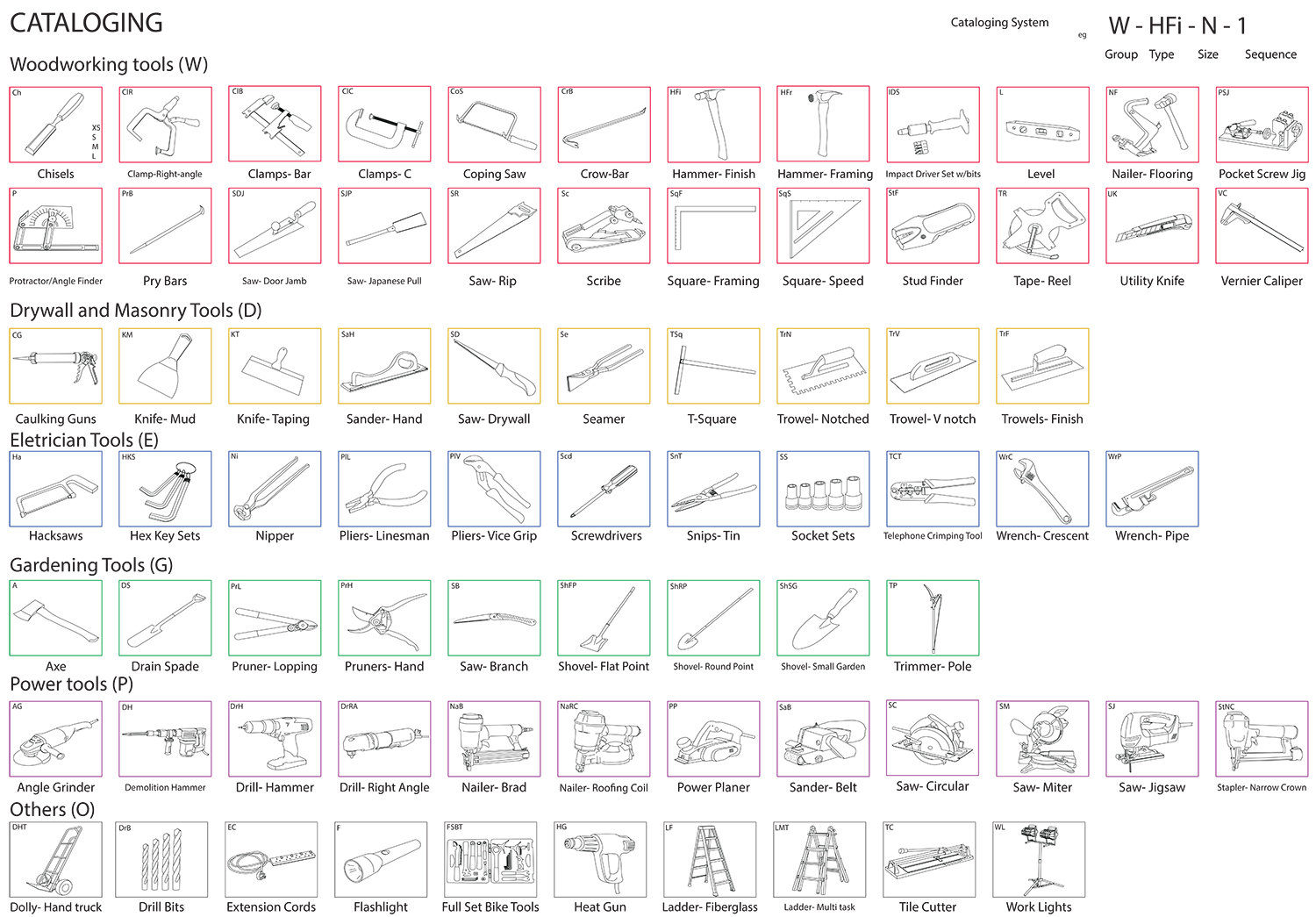 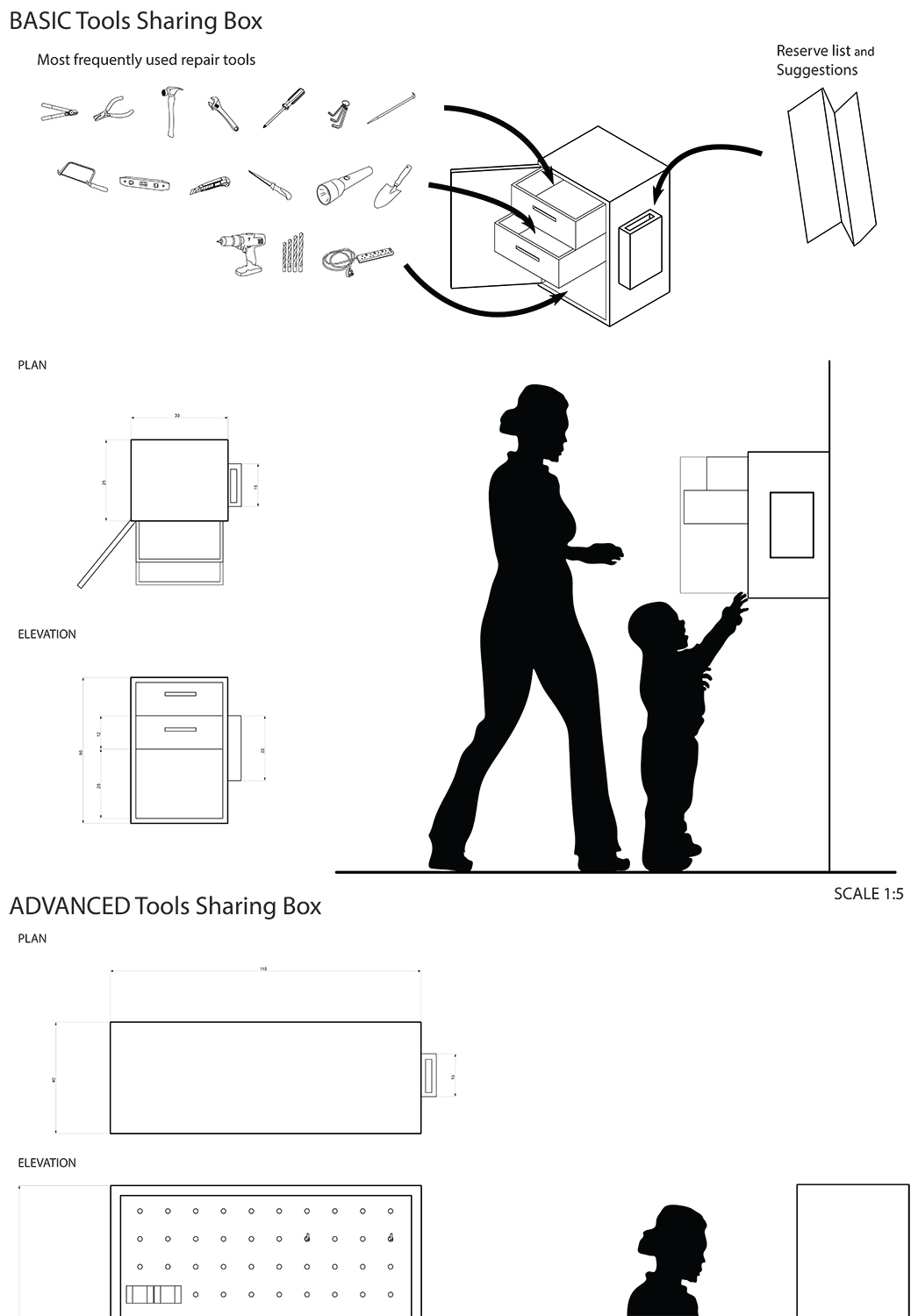 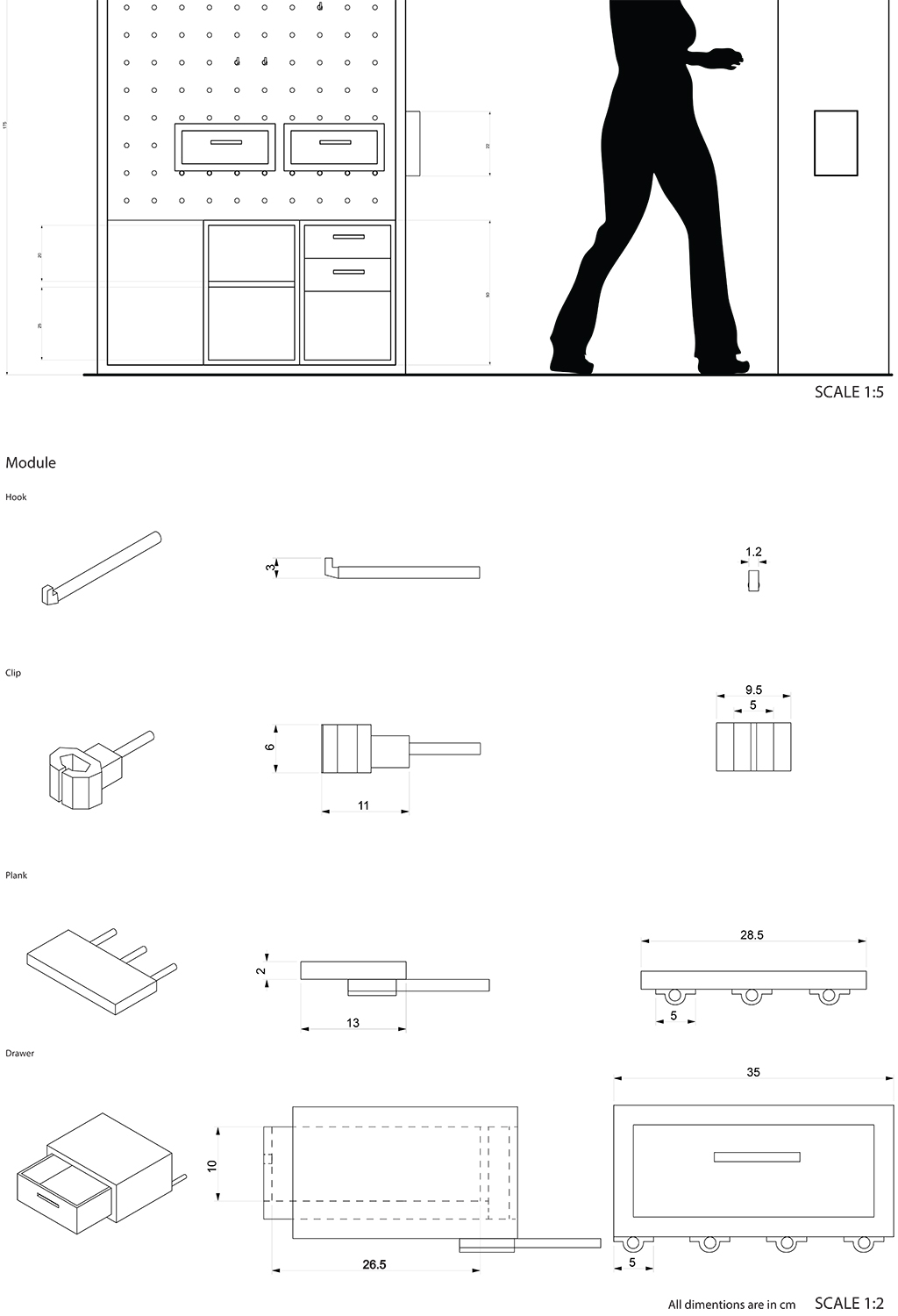 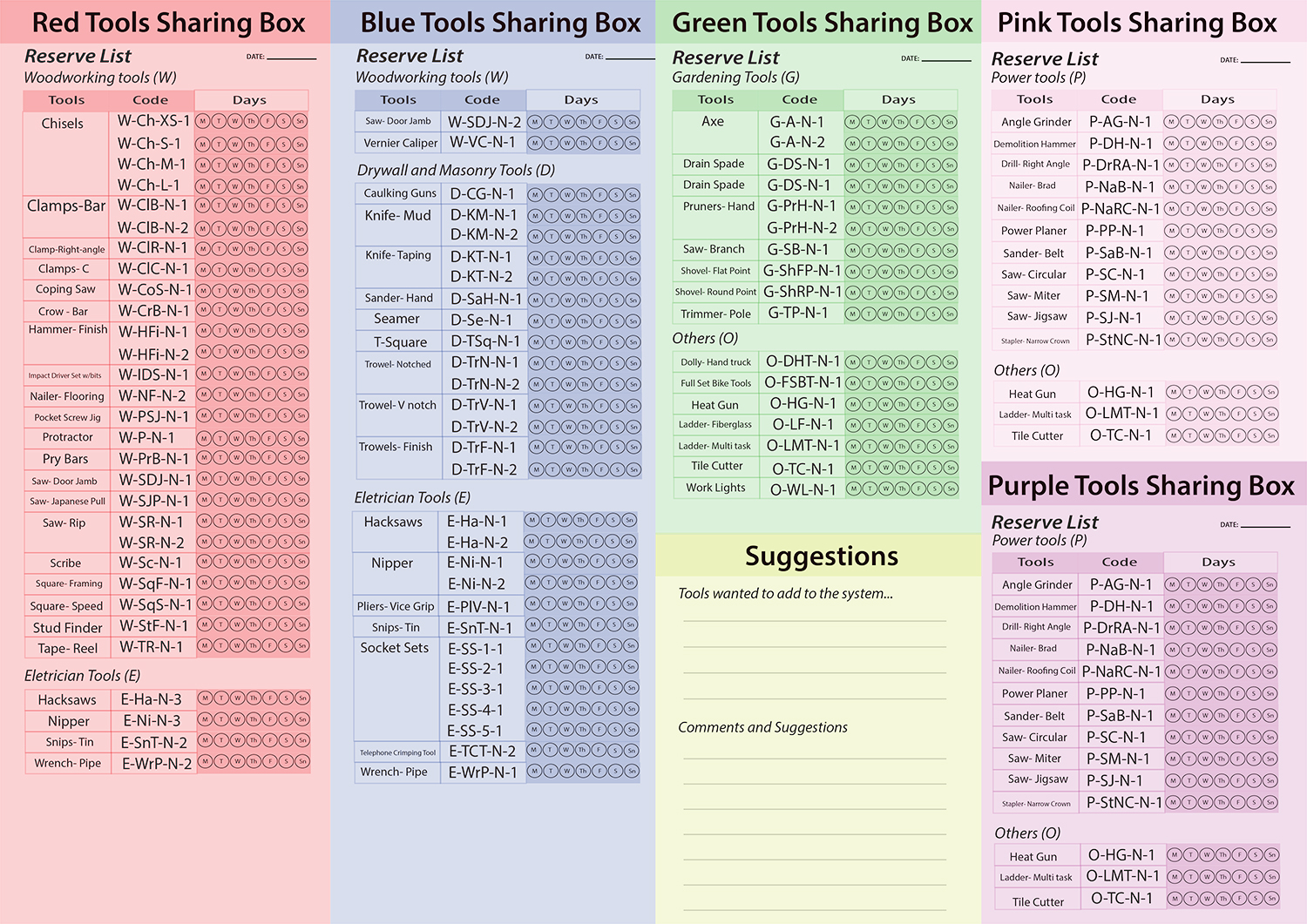 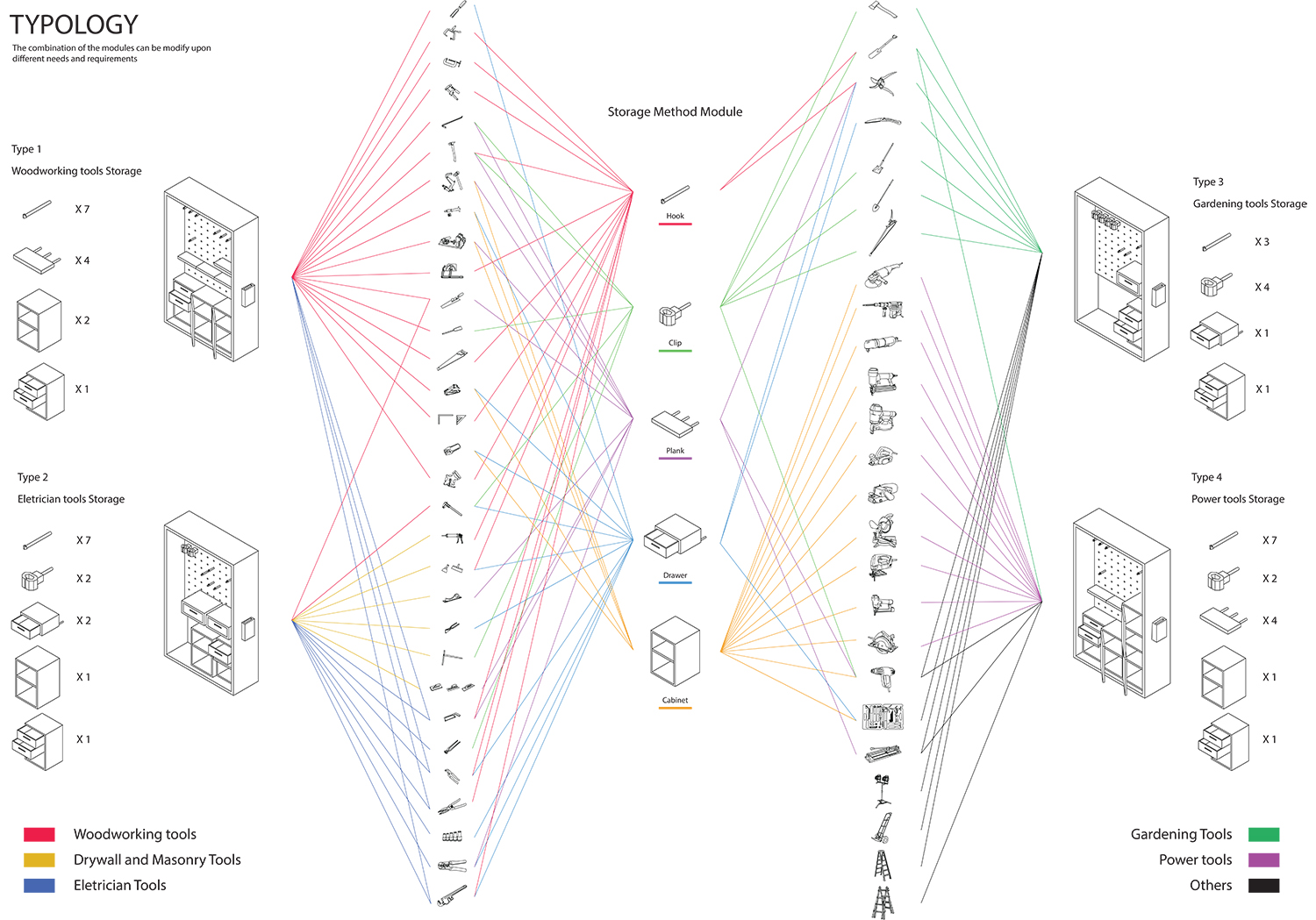 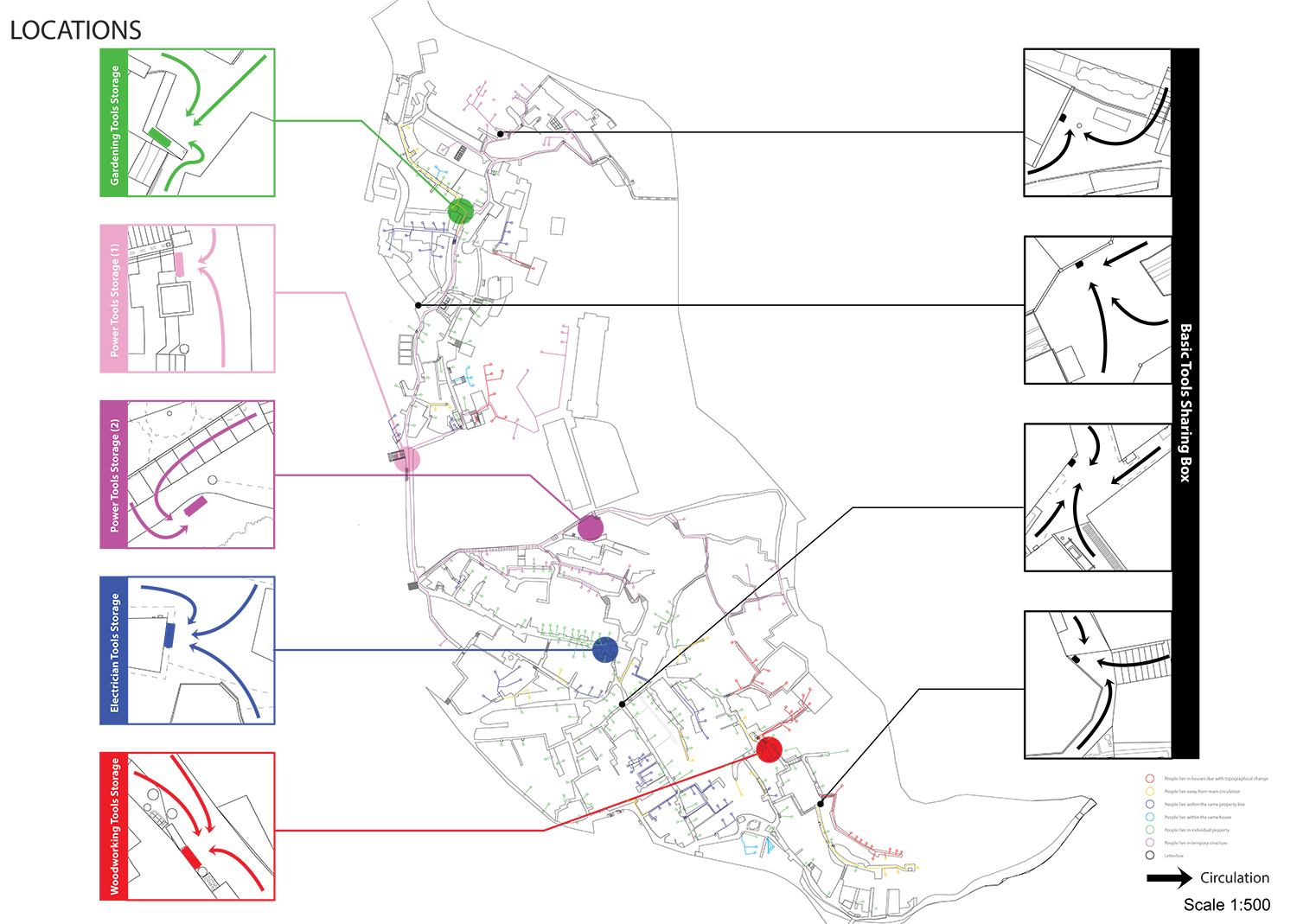 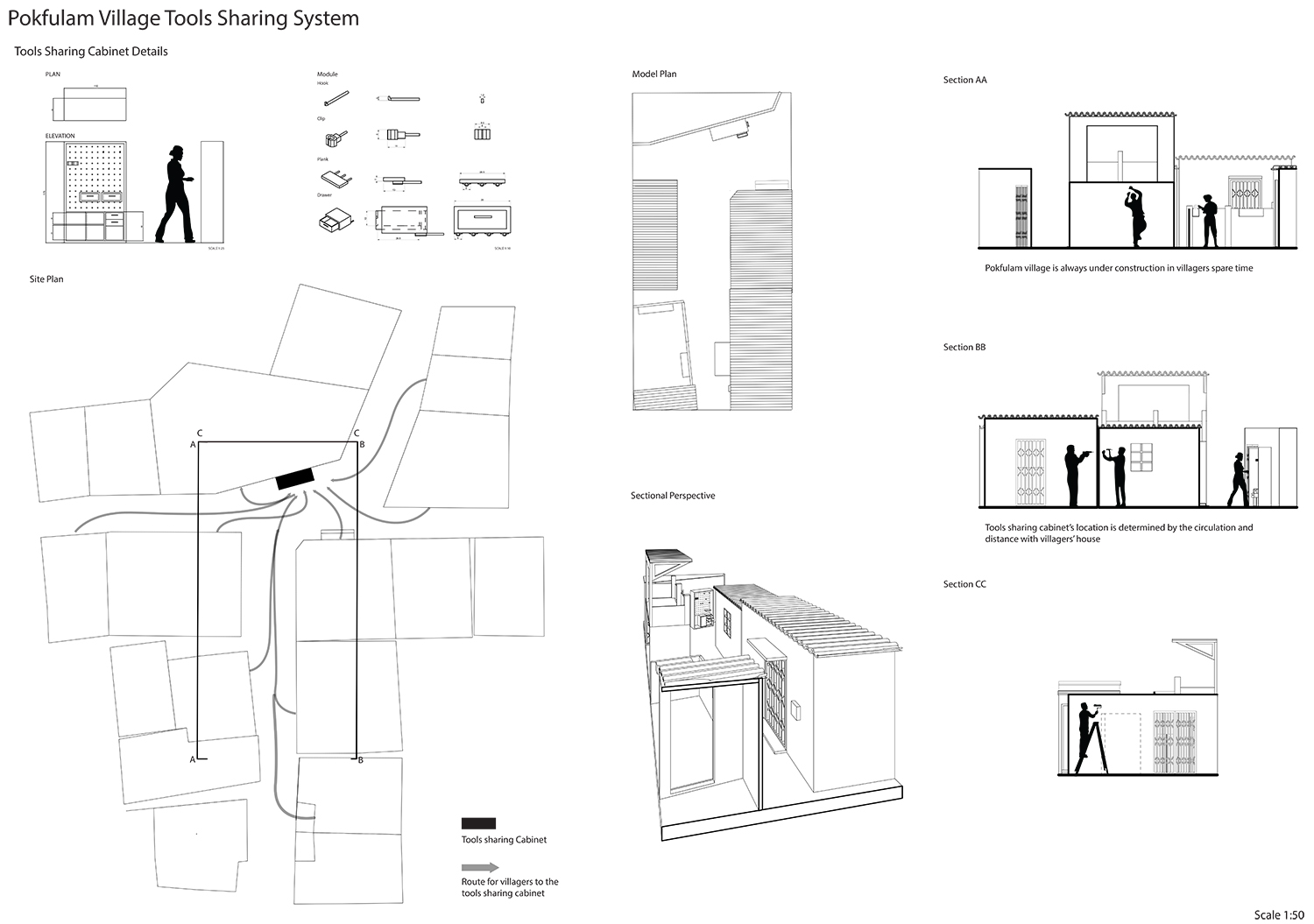 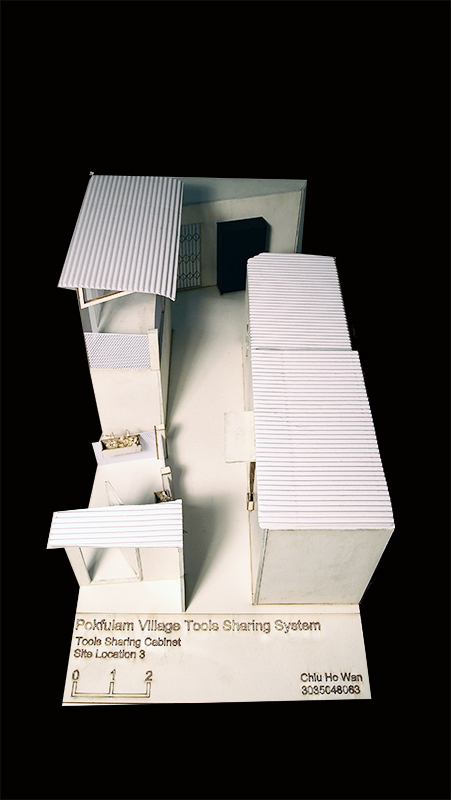 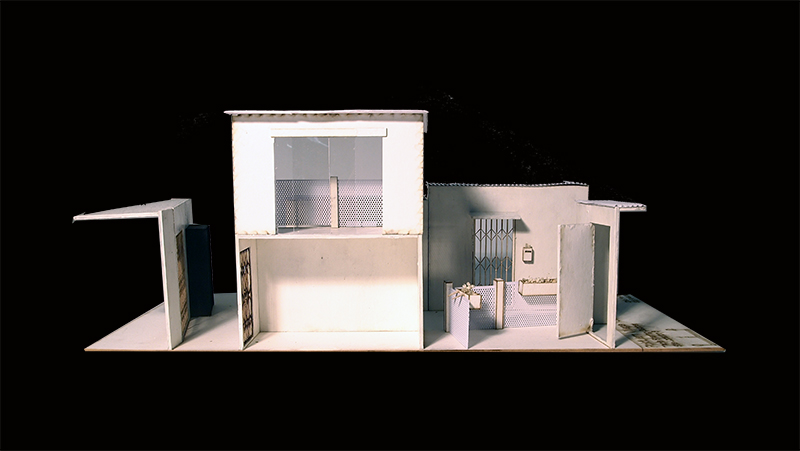 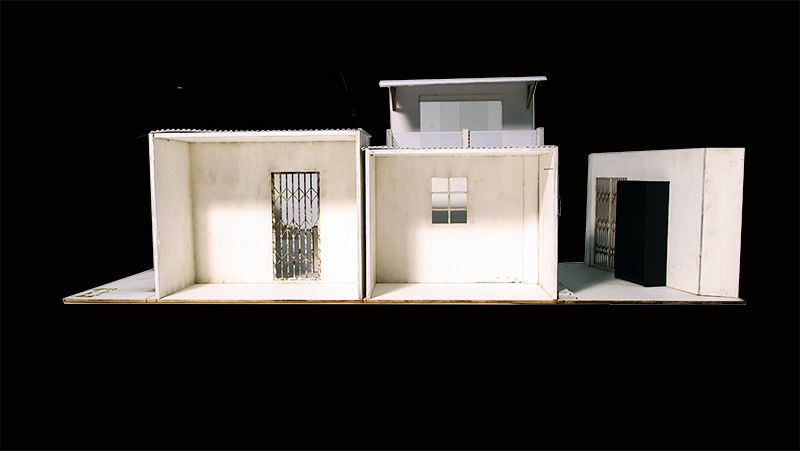 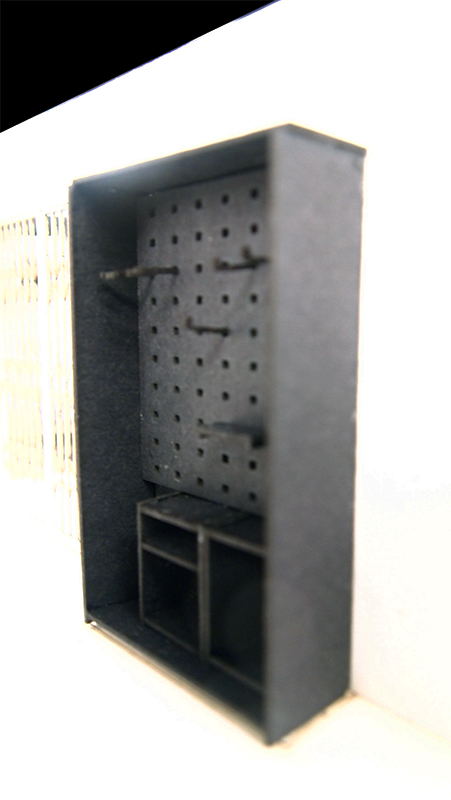 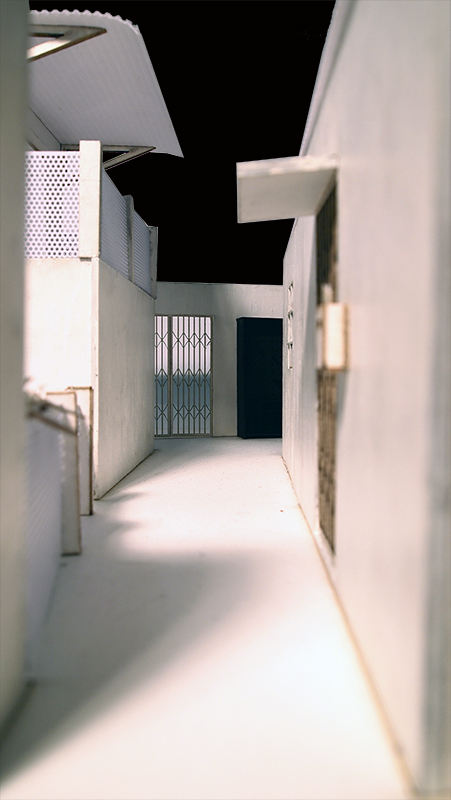