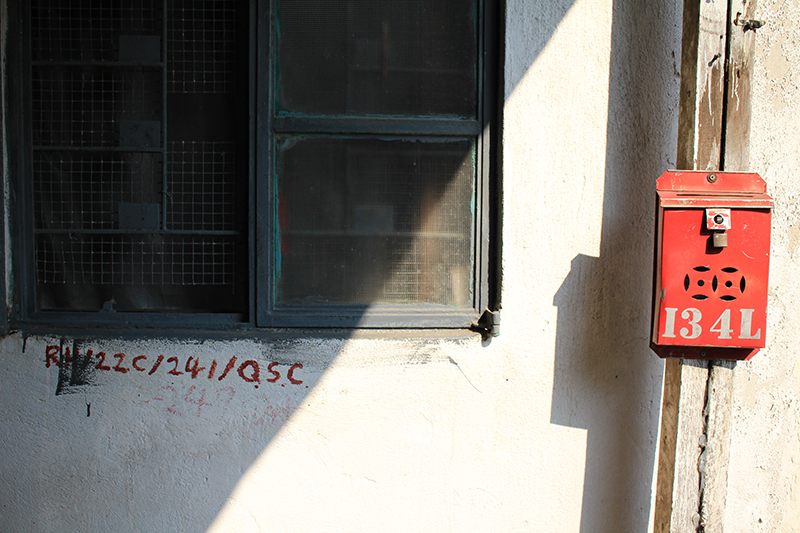 These are the registration codes which identify all the legal squatters within the village under the Squatter Control Policy. The villagers openly show these temporary identities to the government, so no one could demolish their shelters. The numbers and letters are proving their legality and protecting their own properties, therefore villagers can keep their stable and peaceful life in the village.

Apart from codes, you can now see signs and flags written by vocabularies which are identifying streets and even the whole Pokfulam village. These are more meaningful wordings representing themselves. Not only showing the individual locations but even promoting their own culture and characters as a whole. These are the identities for the whole Pokfulam Village.